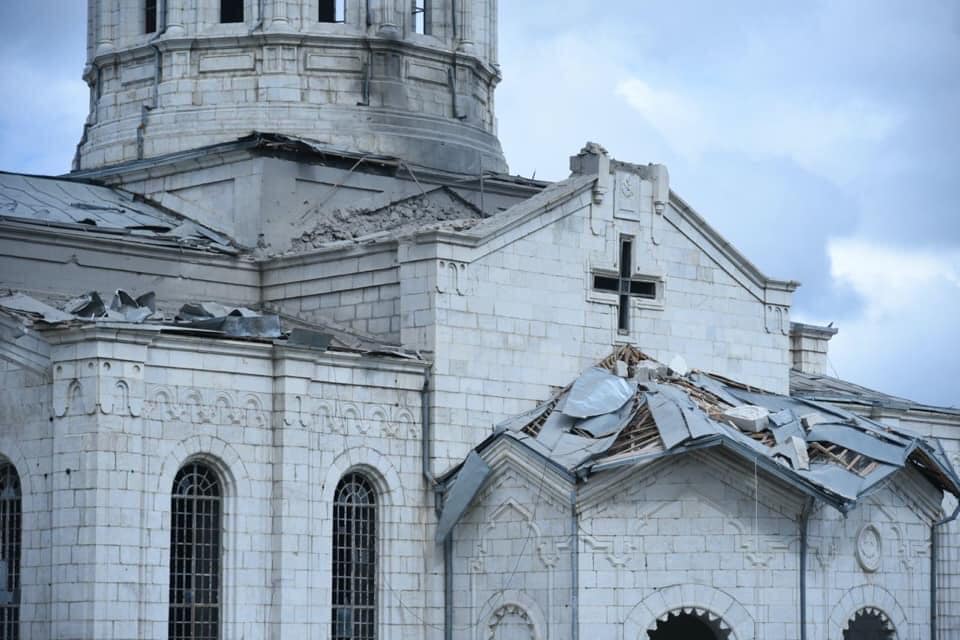 Օn October 8, 2020 journalists were wounded in Nagorno-Karabakh again, namely Yuri Kotyonok, editor-in-chief of the Russian “Segodnia.ru” website and Levon Arzanov, a correspondent of the “Офицеры России” (“Russia’s Officers”) website and “Красная звезда” (“The Red Star”) newspaper. Just as on the previous days, when journalists covering the war were wounded, this time too the incident happened in a peaceful settlement, namely in the town of Shushi. The journalists were taking footage of the impact of the first shelling at Holy Savior Ghazanchetsots Cathedral by Azerbaijan when the church was double tapped, with clear targeting, causing Levon Arzanov’s and Yuri Kotyonok’s heavy injuries. They were taken to hospital.

It is needless to say that Saint Ghazanchetsots is at a great distance from other buildings and was shelled from a super-precise weapon. In fact, the journalists were hit during a live stream. These facts come to refute the claims of the Azerbaijani party that they do not specifically target civilian buildings and journalists.

We, the undersigned organizations:

• reassert our call to the international community to strongly condemn the violence against the civilian population and the representatives of the media fulfilling their professional duties during the war unleashed by Azerbaijan;

• demand the undertaking of practical steps against Azerbaijan that has violated the Geneva Convention and elementary humanitarian norms, as well as applying sanctions because of the misanthropic activities of the authorities in that country.