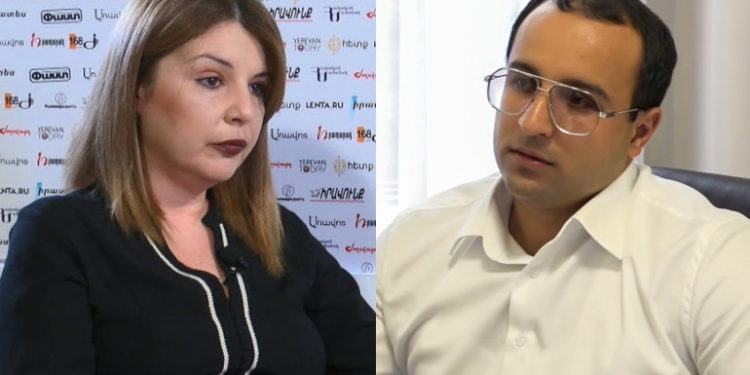 On 3 June, Hayk Sargsyan, an MP from the My Step faction was involved in yet another incident of indecent conduct in respect of a journalist. Anush Dashtents, correspondent with the daily newspaper Hrapatak, informed the media that having noticed this particular representative of the ruling political force at the headquarters of the Civil Contract party, she approached him in an attempt to ask a question. In response, the MP seized her phone and departed in his car with the words that he would not return the phone ‘until she brings herself to order.’ Anush Dashtents informed the witnesses of the incident that she was going to apply to the police.  However, their response was that they had not seen anything and that she would not be able to prove her claims. Later, when the journalist applied to someone close to the MP, her phone was returned. However, it password had been broken and the footage had been deleted. Hayk Sargsyan in his turn informed the media that he had asked Ms Dashtents not to film him and his friends, and this was the reason why he resorted to such behavior. Incidentally, following a call from her, the police invited the journalist to the police station to make a report of the incident.

We, the undersigned journalistic organisations, hereby condemn the incident. We note that months ago the same Hayk Sargsyan from the ruling party manifested yet another incident of intolerance and lack of civility in respect of a journalist, which was the subject of yet another  statement of ours. This time his acts of obstructing the journalist’s work and seizure of her property prima facie contain elements of a crime. In addition to this, breaking the password of Anush Dashtents’ phone and using it for other purposes is nothing but an unlawful interference with the privacy of the journalist.

We hereby reiterate our findings made in the previous statements to the effect that such impermissible incidents are especially dangerous to societal stability at this time of very tense electoral campaign given that any frivolous behavior on the part of politicians may entail further inflammation of passions.

In view of the aforesaid we demand from: