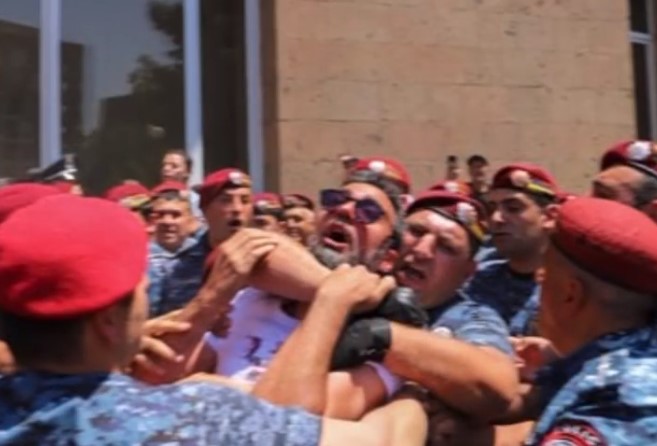 On May 30, 2022 during a protest organized by opposition forces near the RA Government Building 3, the police used brute force against “Iravunk” newspaper journalist Hrant Safaryan, hitting and throwing him on the ground. During the clashes, law enforcement officers also used force against “YerkirMedia.am” editor Vahe Sargsyan trying to detain him. Both journalists were there to cover the action and were performing their professional duties.

In spite of the fact that the police do not use batons, stun grenades, water cannons and other special means during the clashes, nevertheless, law enforcement officers do not refrain from using disproportionate force, in particular, violently obstructing the activities of media representatives. Whereas, the police are obliged to ensure safe work environment for journalists performing their professional duties.

Strongly condemning the attacks against media representatives, we, the undersigned journalistic organizations, demand from the RA Police: