The draft law “On Audiovisual Media” adopted by the National Assembly in the first reading gives cause for deep concern. Not only is it not aimed at implementing reforms in the broadcasting sector, but it is also seriously flawed in terms of the presented principles and approaches, as well as the formulations thereof. The bill envisages an inefficiently competitive licensing procedure for terrestrial broadcasting via public multiplex. It fails to either provide any realistic mechanisms for forming private multiplexes, or solve the problems of about 10 local TV stations operating in the regions that were left out of the digitalization process. No opportunity for reforms over the public broadcaster is created and so on.

Although some of the journalistic organizations who signed this statement had submitted a few dozen proposals to the authors of the document, with most of them accepted, it is obvious that the draft does not meet any modern requirements, does not solve the key issues in the field. The main reason is that the bill is built on problematic conceptual bases, hence, it needs to be revised.

The reason for concern is that the authors of the document did not want to follow our urges to send the draft to the Council of Europe and/or the OSCE for international expert evaluation,  a process which we have expressed our readiness to support. We understand that the urgency in relation to the adoption of the bill is conditioned by the fact that according to the current law “On Television and Radio”, the terms of TV licenses shall expire this year, and regular competitions must be organized. However, due to the need to adopt a quality new law, they may be delayed as well.

In view of the above stated, we call to:

– take the bill on audiovisual media out of circulation and send it for international expert examination,

– make appropriate amendments to the present Law on Television and Radio in order to postpone the regular licensing tenders,

–  initiate discussions in order to draft a concept paper for the development of the field and a new law for the regulation of the sector and create a working group with the participation of NA deputies, journalists’ organizations, representatives of TV and radio companies, and independent experts. 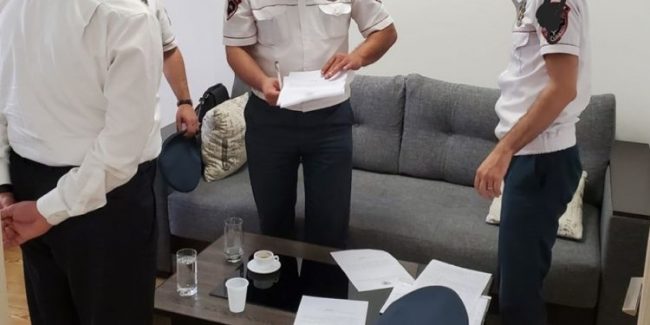 Yesterday, on July 3, policemen visited ArmNews and Channel 5 TV stations, with the aim of initiating administrative proceedings for not wearing a mask on TV.

Even taking into account the requirements under the state of emergency related to the coronavirus epidemic, we consider the action applied by the law enforcement to be an abuse of power. In the conditions of political and psychological tension in the society, the authorities should be more careful and avoid taking unnecessarily strict steps. We are convinced that the issue of wearing a mask or not wearing it on air could be solved differently, through discussions, clarifications, and mutual agreements.

We, the undersigned organizations, demand from the Government and the Commandant’s Office as follows:

We urge the media to refrain from any possible violations of the decisions passed by the Commandant’s Office, realizing their own share of responsibility for the health of both fellow citizens and their employees.