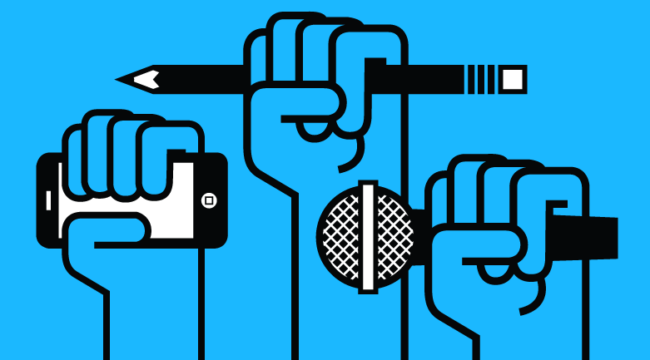 The international journalistic community had to observe the appalling actions of the Belarussian authorities. On 23 May, the government of the country resorted to unprecedented steps with a view to arresting Roman Protasevich, author of Nexta opposition Telegram channel by means of forcing a Ryanair airplane to land in Minsk. And this is not the first incident of unlawful actions in respect of journalists in Belarus. Many colleagues of our have been for years persecuted in this country, and such practices intensified after the disputable presidential elections in 2020.

In December 2016, the head of state Alexander Lukashenko was directly involved in the arrest and extradition to Azerbaijan of Alexander Lapshin – a traveller and a blogger. The official Minsk had dismissed the fact that Lapshin was a Russian and Israeli national and that he was in Belarus for tourism not having violated any law. It is known that the European Court of Human Rights issued a judgment against Azerbaijan in the case of Lapshin on 20 May, 3 days prior to the incident with Protasevich upholding allegations against Baku in subjecting Lapshin to torture, attempted murder, as well as forgery. The ECtHR judgment was an indirect condemnation of the Belarussian authorities’ impermissible actions which are seen as a clear challenge to the international community and international law.

We, the underisgned Armenian journalistic organisations, call on the world leaders to take decisive and strong measures against regimes infringing the principle of freedom of expression and tightening pressures on representatives of the media. Both Armenian and foreign media representatives suffered considerably during the 44-day war in Artsakh and as citizens and journalists of a country that had gone through this war we cannot stay indifferent to the facts of cynical denouncement of the values of contemporary civilisation, demanding for zero tolerance to such cases.