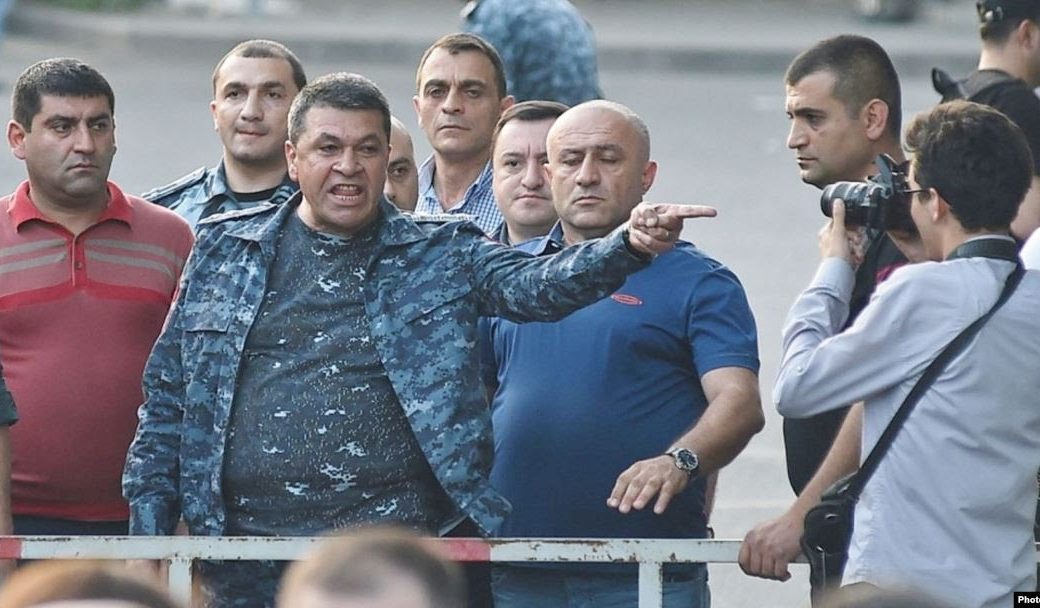 On August 8 the former Chief of Police of Armenia Vladimir Gasparyan demonstrated a lawless conduct towards the journalists of Radio Liberty, obstructing their professional activity. The latter were preparing a report at the shoreline of Lake Sevan about buildings and structures illegally constructed along the shore. Noticing that the journalists were taking footage of his mansion, too, the former Chief of Police, according to Radio Liberty, drove his car in their direction, threatening to run them over and exterminate physically – “shoot them dead,” “beat them to death” – and then used obscene curses, demanding not to publish the footage.

During his years in office, Vladimir Gasparyan was notorious for his insolent, and in some cases even cruel attitude towards media representatives. We should recall that during the events of Electric Yerevan in 2015 and those of Sari Tagh in  2016 over 40 journalists and cameramen were subject to physical violence and unlawful persecution. Or we can recall his gross insult to the correspondent of 1.am news website Siranuysh Papyan which caused unconcealed indignation among the journalistic community.

All this remained unpunished, and obviously, that is the very reason why today the former Chief of Police continues to act indecently towards journalists.

Taking the above-stated into consideration, we as journalistic organizations demand from law enforcement bodies to investigate the incident and bring Vladimir Galstyan to responsibility in the manner established by the law.