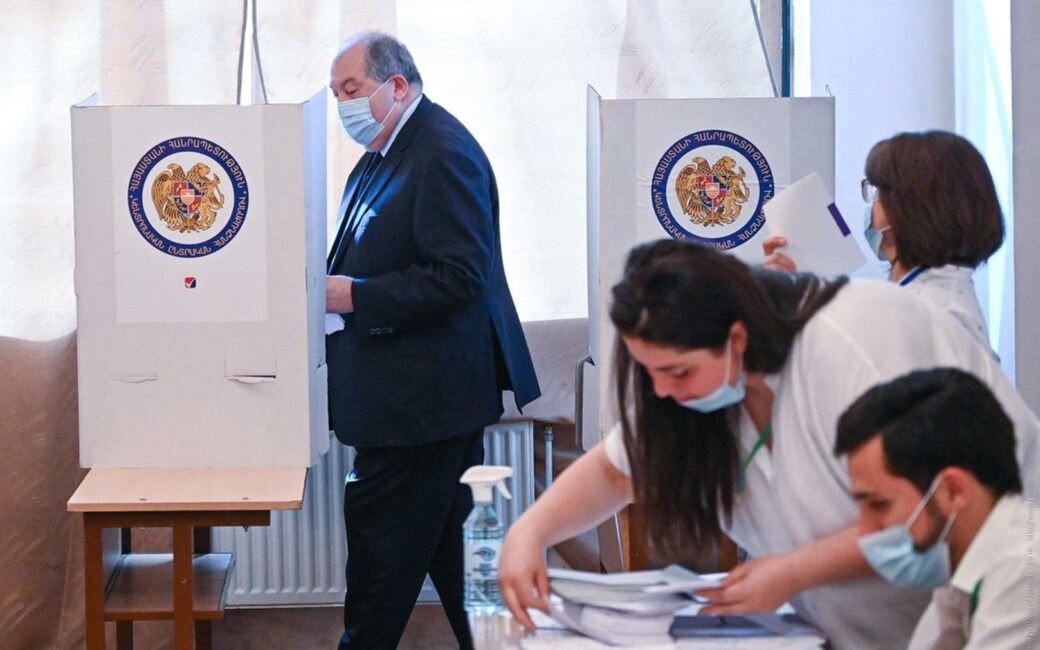 4 incidents of obstruction of the lawful professional activity of the mass media workers occurred during the parliamentary elections on 20 June.

In particular, David Machkalyan and Henrik Sargsyan, the cameramen from the Public Television and “168.am” were prohibited from shooting in the polling station no 29/45 on the pretext that they had to present their passports alongside the CEC accreditation certificates. This requirement contradicted paragraphs 4 and 5 of Article 32 of the Electoral Code, and the Committee to Protect Freedom of Speech managed to settle the dispute invoking this article. The work of Grigor Gevorgyan, journalist from “ParaTV” was obstructed without due reason in the yard of the polling station no 34/03 in Goris: he was not allowed to shoot the ballots in the box. A proxy from the party “Civil Pact” shot the actions of Anush Mirzoyan, journalist from “Zangezour TV” with a phone and obstructed her work. Proxies from “Hayastan” Alliance treated Diana Davtyan, journalist from the website “FreeNews.am” in an insulting and aggressive manner and obstructed her free activity.

The campaign preceding the elections was also accompanied with violations of the rights of journalists and the media: 2 incidents of violence and 5 other incidents of pressure were registered in the period of 7-18 June.

In view of the fact that any infringement on the rights of the media representatives is a threat to freedom of speech and the right of the public to be informed, we demand that the law enforcement authorities conduct a thorough investigation into the above incidents that occurred on 20 June and come up with a legal assessment thereof.

We, the undersigned organisations, will continue to monitor the developments in the country and call on the authorities, the opposition political forces and their supporters, as well as media workers to manifest reserve, tolerance and respect for one another in the post-electoral period, not to resort to hate speech, hostility and swearing.