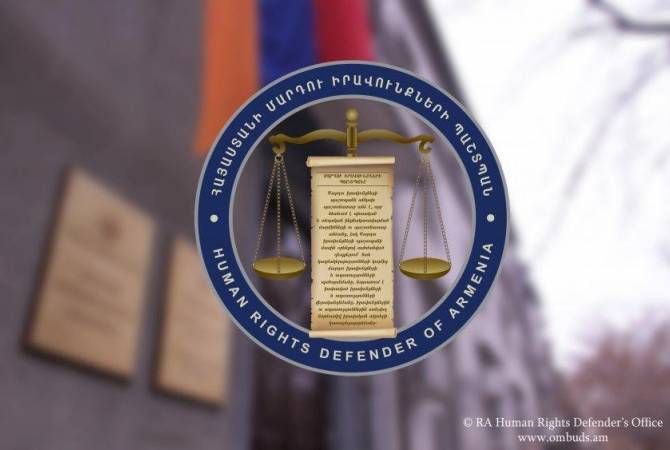 On 19 March, Mr Sargis Aleksanyan, a founding member of the Civil Contract party publicly addressed swear words to Mr Arman Tatoyan, the RA Human Rights Defender on his Facebook page. The reason was the HRD’s statement, condemining the violence exerted by Mr Hakob Arshakyan, RA Minister for High Technologies in respect of journalist Paylak Fahradyan. This post containing swear words were hailed by some of other representatives of the authorities, including Mr Nikolay Baghdasaryan, member of parliament. Other similar posts were disseminated in defence of Hakob Arshakyan whose authors demonstrated disrespectful attitude to the HRD, essentially for consistently performing his professional obligations.

We, the undersigned organisations, are concerned about this indecent conduct and condemn such incidents. This is the consequence of the atmosphere of hatred and intolerance in the country when even adequate criticism in respect of this or that public figure is perceived as a ‘hostile act,’ generating aggressive response.

It is of utmost importance that the impermissible conduct of politicians and their proponents is publicly condemned and the culprits are punished severely under the law. We hereby remind that according to Article 332.2 of the Criminal Code, “Threatening the Human Rights Defender in connection with the exercise of his/her powers, or demonstrating an explicitly direspectful attitude to him/her is punished by a fine in the amount of 200  – 500 x the minimum salary or detention for a period of 1-3 months.”

Perhaps this attitude of the representatives of the ruling political force conditions the underestimation of the HRD’s large-scale work and giving a political context to it. The Government’s proposal on the funding of the HRD’s office is even more worrying and can negatively impact the independence guarantees of this institute. We believe that in the post-war context when numerous new threats have emerged and the role of the HRD has increased significantly along with the volume of its work such an attitude is inacceptable. Incidentally, this problem has been addressed by the highly reputable international organisation Freedom House, which stressed that such approaches may deepen the crisis in Armenia and that the authorities must ensure smooth activities of the human rights institutions.

In the light of the aforesaid, we demand that: