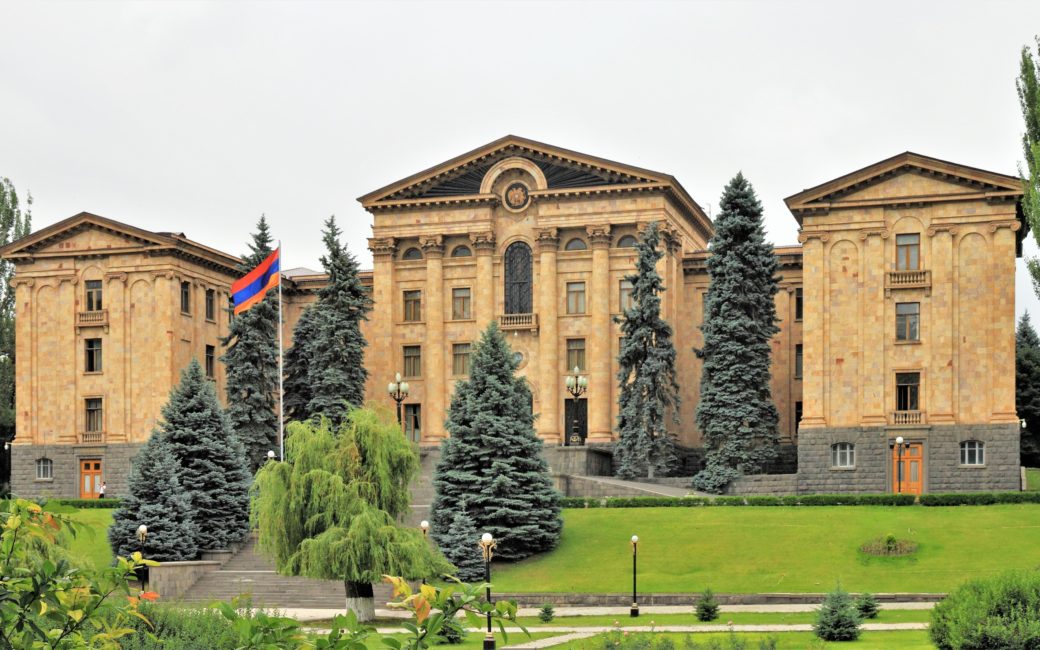 The opening session of the National Assembly of the 8th convocation convened on 2 August was accompanied with strict restrictions to the movement of media representatives in the parliament. Journalists and cameramen were not allowed into the new parliamentary building where sessions of the standing commissions are convened, nor enter the area accommodating the rooms of he representatives of the parliamentary majority, nor even use certain lobbies where they used to take interviews and comments from MPs.

As early as the last two weeks there were rumours about imposition of such restrictions. However, concerns to this effect were appeased when in answer to the inquiry made by Taguhi Tovmasyan, MP from the ‘I have honour’ faction the secretary general-chief of the NA staff informed her that there was no decision on restricting journalists’ movement. Nevertheless, on the very next working day the media representatives had to face the opposite situation.

We, the undersigned media organisations, note that the above restrictions were imposed in the parliament without any prior discussions and informing the media in advance of the changes in their working conditions. And what is even more important: no normative legal act has been adopted as the legal basis for such actions and only on the same day, 2 August, when these restrictions became effective, the decision of the NA Speaker on this was published.

We condemn such arbitrariness and insist that these steps, rather than regulating the free activities of the media in the parliament, are aimed at creating unnecessary obstacles in obstruction of professional journalistic activity. These steps are directed at shielding parliamentarians from unwanted questions and the criticism of the press and can clearly undermine the transparency and accountability of the NA work.

We are aware and have time and again voiced our concerns about the unpleasant incidents in the NA when both MPs and journalists have transcended the boundaries of civilised relations and created meaningless conflicts. However, this problem must be resolved on the basis of legality, good reason, mutual understanding and trust in order tp enhance the effectiveness of both MPs’ and journalists’ work.

In view of the aforesaid, we demand that the leadership of the NA: