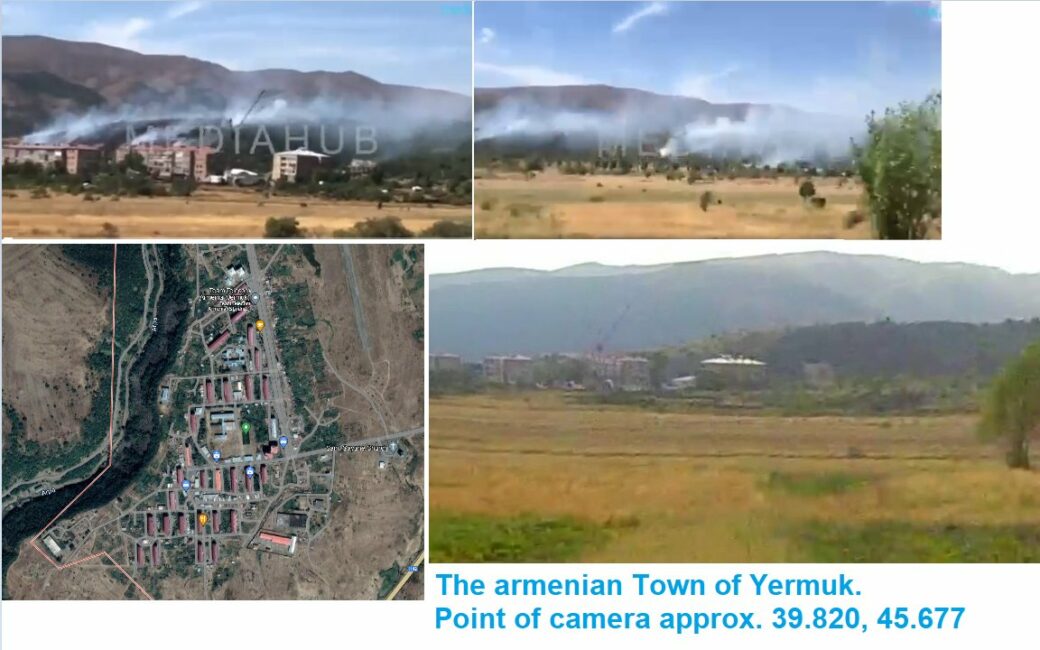 Azerbaijani authoritarian regime’s attack on the sovereign territory of Armenia, launched on September 13, is another violent wave of the long-lasting conflict that continues to destroy infrastructures, and harm nature. As a result of this new war, 135 militaries were killed on the Armenian side, and over 20 prisoners of war were taken. 1 civilian was killed and 6 received injuries of various degrees as a result of the shelling of the civilian population. There are reports of continued practice of mutilation of the bodies of the military, including women[1], and other war crimes. The number of people displaced from densely populated towns of Jermuk, Goris, Kapan, Vardenis, etc. is 2750, including 370 children and 55 people with disabilities[2].

The post-44-day war negotiations have illustrated that even though each conflict escalation may have a winning and a losing side, there is no conflict resolution through violence because they are followed by rounds of talks and negotiations that are aimed at finding a common denominator and preventing the conflict from further development. It is also important to understand that each violent phase of the conflict makes the possibility of finding a common solution more and more difficult and sustainable peace in a long-term perspective a vague illusion for the people of the region.

The violence and deaths of soldiers and civilians are direct consequences of a lack of democracy, constant violations of human rights, and illegitimate occupation of power by groups of people who are willing to centralize the resources and the wealth in their hands. These people do not care about the lives of either their neighbors or their compatriots, they exercise all possible measures to manipulate, mislead, fool, silence and frighten their societies and opponents via propaganda and repressions.

This act of aggression against Armenia and Armenians is an extrapolation of the aggression exercised for decades by the Aliyev family regime within the Azerbaijani society, against its own compatriots, against politicians, human rights defenders, journalists, activists who protest against falsified elections, corruption and inequality. This means that if successful, it will pay back and strengthen corruption, repressions, and monopolization of political and economic power and will postpone the possible democratic transition of Azerbaijan and sustainable peace in the region for an unknown period.

The transition from authoritarian regimes to democracy is hard and painful, it requires both consolidated and individual efforts, strength, and understanding that the only way to live in a sustainable and peaceful region is to follow the principles of democracy and respect for human rights. These principles are crucial particularly for communication both within and between societies.

As civil societies, we need to understand that the current escalation is another step back from agreeing to live peacefully in the same region, another rejection of the possibility of coexistence.

The current aggression is a horrific precedent for the modern world when an authoritarian regime exercises violence if peace talks do not result in what it wants. We are currently observing a similar situation and bigger-scale violence in another part of the Eastern Partnership. We welcome French President Emmanuel Macron’s initiative to convene a special meeting of the UN Security Council on this issue, which was executed on 15 September 2022.

Throughout the past decade of communication and cooperation within the Eastern Partnership Civil Society Forum we have witnessed the struggles of the Azerbaijani civil society and the society at large in their attempts to strengthen democracy in their home country, we have witnessed how the civil society’s space was shrinking resulting in repressions and migration of many civil society activists. Unfortunately, many prominent civil society actors had to conform to the mainstream ideology pushed by Aliyev’s regime. However, we have also witnessed the commitments of many brave activists to the universal values that we shared within the EaP, willingness to live in a better society and region where rights of the people are respected, democratic institutions are effective and political power is delegated and not stolen from the people.

We call on the Azerbaijani society and particularly civil society actors to respond to the current situation with an understanding that we all live in this region and we need to find a way for peaceful coexistence. We should share the knowledge that soldiers and civilians dying during every wave of escalation are our sons and daughters, brothers and sisters, fathers and mothers, friends and neighbors. The lives of people are beyond nationalities, beyond religions, beyond political views.

We call on the European Union:

– to condemn and address the escalation initiated by Aliyev’s anti-democratic regime, with an understanding that this act of aggression is equally directed against Armenia and the Azerbaijani society since it causes losses from both sides, undermines the chances for peace and development in the region and strengthens the dangerous precedents of the arbitrary use of force and human killings at the whim of unjust power;

– to execute stronger efforts to stop the continuing aggression and to continue the peace negotiations started under its aegis;

– condemn in strongest terms the atrocities and other war crimes committed by Azerbaijan in respect of the Armenian military and civilians;

– to demand immediate release of all prisoners of war, including those captured since the start of the 2020 war;

– to organize a high-level EU visit to Armenia to discuss the situation and coordinate actions in international bodies;

– to discuss the imposition of EU sanctions on Azerbaijan for violation of international legal order and for creating and running one of the most terrible dictatorial systems in the world inside the country;

– to initiate discussions with external actors to stop them from selling particularly offensive military equipment to Azerbaijan;

– to make efforts to ensure the deployment of UN peacekeeping forces on the border of Armenia and Azerbaijan.

[1] Briefing of the Chief of the General Staff of the Republic of Armenia Edward Asryan in Jermuk with diplomatic representatives accredited in Armenia, https://www.civilnet.am/en/news/675229/armenian-army-chief-alleges-azerbaijani-atrocities-at-briefing-for-diplomats-in-jermuk/