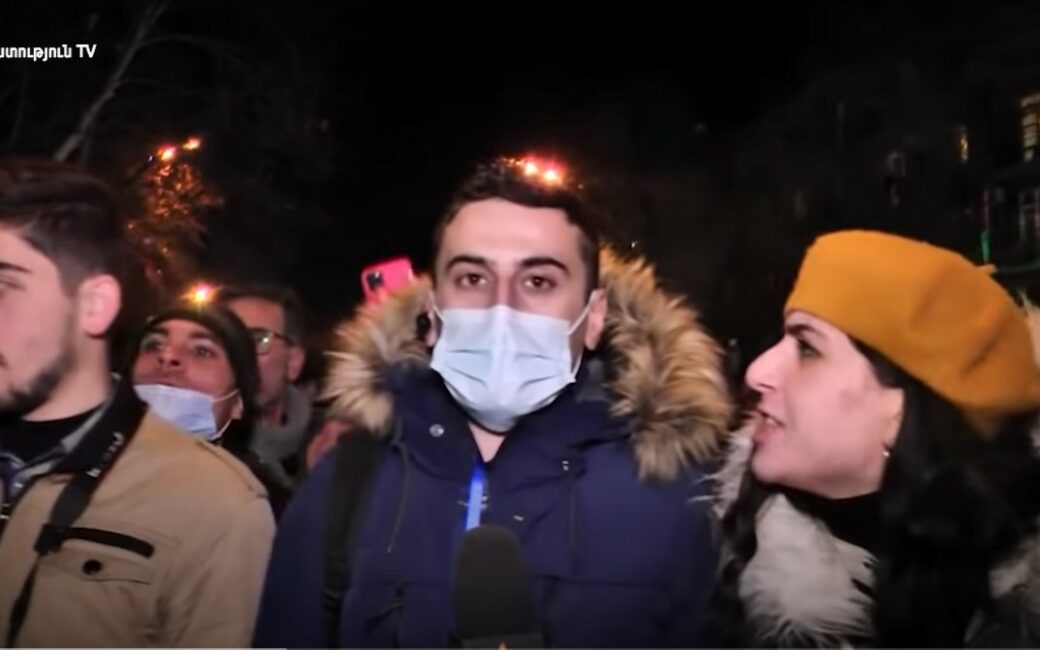 On 23 February the media workers from Radio Liberty covering the events during a march following the protest act staged by the opposition forces were attacked in Yerevan. A group of protesters insulted and swore at them, threatened with closure of the radio station. Following this, some protesters started hitting journalist Artak Khulyan and cameraman Karen Chilingaryan and damaged the camera.

On the same day, during the police action in respect of the protesters the cameraman of the website Sputnik Armenia, Aram Nersisyan was punched. Earlier during the demonstration on 20 February again Radio Liberty was targetted. Narek Samsonyan, representative of the opposition obstructed the activities of the media outlet, and when the correspondent of the radio station applied to the policemen standing there, the latter showed indifference and inaction.

We have recorded cases in the course of the last months when the representatives of the authorities and their proponents demonstrated discriminatory and insulting attitude to journalists, targeting the opposition media workers.

We condemn the spreading of reciprocal hatred. Believing that this is unacceptable we are convinced that the responsibility for any aggression in respect of the media workers lies with the organisers of demonstrations and marches, which inculcate intolerance in respect of ‘not their own’ media outlets. A vivid example of the aforesaid is the incident with Radio Liberty: the opposition has for quite a while inspired distrust towars this media outlet among its proponents telling them that it works in the interest of Pashinyan’s government.

We, the undersigned media organisations note that this does not contribute to public mobilisation, which is of utmost importance today. And since the mass protests tend to continue, we demand that: